The role and level of involvement of the European Commission in a particular Twinning project differs depending on the implementation system established in each Beneficiary Country.

In both project management systems, European Commission has a key role in setting up priorities in the allocation of EU funds for Twinning projects under the framework of relevant financial instruments, taking into account that the funds for the Twinning project implementation are provided by the EU. 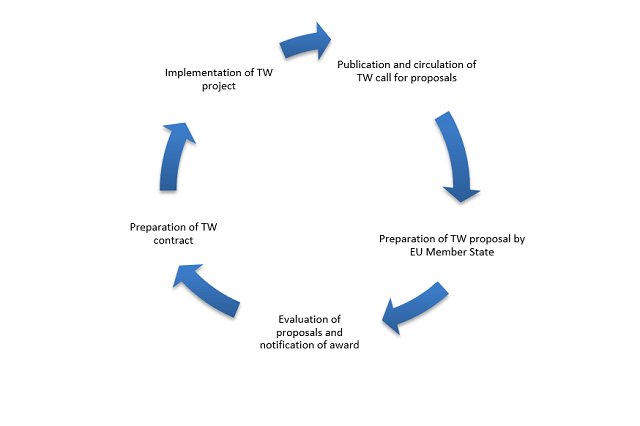 Twinning call for proposals is published and circulated to EU Member States after the completion of the programming phase and finalization of the Twinning fiche in which the Beneficiary Country specifies the project purpose and the mandatory results to be achieved by the project.